Social Media Marketing: The Proof is in the Stats 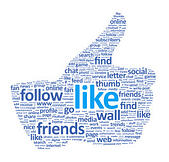 We’ve all heard about it. We’ve all seen it. Many of us use it in our personal lives. Social media has redefined how we use the Internet and for most B2B organizations, this means changing the way we market ourselves.

It may be hard to believe that there is an audience for your professional company on the same website where Ashton Kutcher shares his every thought to millions of fans –– but the reality is that social media is not only here to say, it’s proven highly useful for small and large businesses.

Take a look at the stats:

Client Story: How to Wow Your Customers Even When Things Go Wrong

Social Media Marketing: 4 Questions to Ask Before Diving In